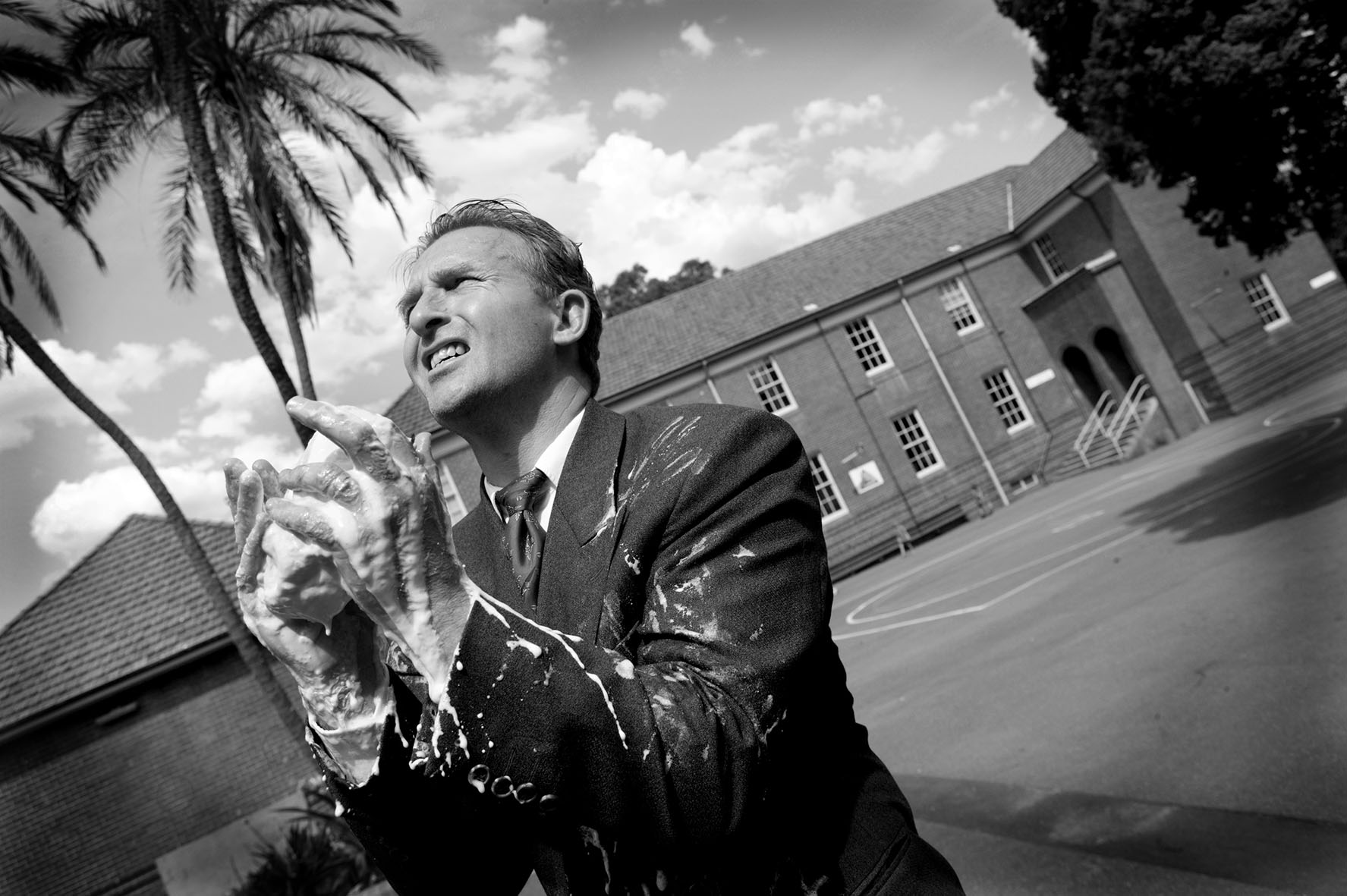 “Thursday, March 11, 1999… the day that the world I knew was torn apart. It started like any other day, but by 3:15 PM had become a nightmare … the phone call from my near hysterical wife.  Our 13 year old daughter had been burned in a school science lab accident and had been rushed to hospital. My wife had no details on the location or severity of the injuries. I was in the car within minutes. The drive across Sydney to the hospital seemed like an eternity, my mind racing trying to imagine how badly she might be injured. My first sight of Claire tore my emotions in totally opposing directions. I was so glad to see that she was alive and conscious, but the sight of her legs nearly broke my heart. Where once there was smooth and tanned skin, now there was just a mass of red and charred flesh, from below her ankles to above her knees. And with her body trembling, from pain or shock or both, she smiled at me, as if to reassure me that everything was okay. But it was not, and as I felt tears starting to well up in my eyes, somehow I knew that nothing would ever be the same again.

It has been six years since that fateful day, each and every day of which has been a long and emotional journey for all of us. Claire was assessed with 2nd and 3rd degree burns to 15-20% of her body (the legs make up a significant percentage of body surface area). Her journey has been particularly traumatic, and we almost lost her more than once. But with every moment of a child’s pain and suffering, a parent endures their own personal anguish. Part of that anguish is the feeling of guilt, irrational as it may sound, for allowing it to happen in the first place. But time is a great healer, and with time you learn to forgive yourself.”

“When ice cream melts there is nothing you can do but watch. It runs down your fingers as you try and control what is happening. It is not unlike events in our lives where we are unable to do anything to help someone and when a kiss won’t be able to make it better.

Brian and Denise’s eldest daughter Claire received 3rd degree burns from a accident during a school chemistry lesson.  Claire’s trauma extended beyond the burns and tried to commit suicide, and her parents felt helplessness in assisting her with the physical and emotional trauma that she went through. As a result they became involved in the World Burn Foundation, an organization that primarily concerns itself with the emotional trauma of burns survivors.”